Based on data from the Mexican national statistics institute, INEGI, more than 37% of households in the major urban areas of the border region depend on public transport to support their daily activities. In addition, many companies offer private bus service to transport their personnel to and from manufacturing and other facilities. The operating technology commonly used in public transportation vehicles in the border area is EPA 1998 with outdated emission control systems.

Mexico's National Climate Change Strategy indicates that greenhouse gas (GHG) emissions in Mexico increased 16.9% between 2000 and 2010. One of the largest increases in emissions came from the transportation sector, which registered an average annual increase of 4.1% in GHG emissions between 1990 and 2010. The transportation sector has been associated with nearly 30% of total CO2 equivalent emissions in Mexico. According to the U.S. Department of Transportation, new buses (especially newer diesel vehicles) produce less pollution than cars per passenger mile, 0.16 pounds of CO2 and 0.96 pounds of CO2, respectively, by utilizing advanced technologies and higher standards.

Mercader has financing programs designed to extend purchasing credit to reputable public transportation service providers. The purpose of the project is to establish a financing program for purchasing or leasing low-emission vehicles in the Mexican border region with longer terms than its current funding options. To participate in the program, potential borrowers (including private transportation services to manufacturing companies) must have an existing license for the operation a public transportation vehicle, will need to complete available training from the manufacturer, and comply with warranty requirements.

The project is expected to improve public transportation systems by promoting access to low-emission buses that offer a comfortable, safe, rapid, and accessible transportation option for the existing market, while at the same time improving environmental and human health conditions by achieving lower emissions related to vehicle operation and reduced urban congestion. Diesel vehicles that comply with the EPA 2007 emission limits can reduce nitrogen oxides (NOx) by 70%, hydrocarbons (HC) by 70% and particulate matter (PM2.5) by 77%, compared to EPA-1998 diesel technologies. Diesel vehicles that comply with the EPA 2010 limits can lower NOx and HC emissions by 95% and PM 2.5 by 77%. In the case of natural gas-fueled vehicles, NOx can be reduced by 96% and PM2.5 by 98%. 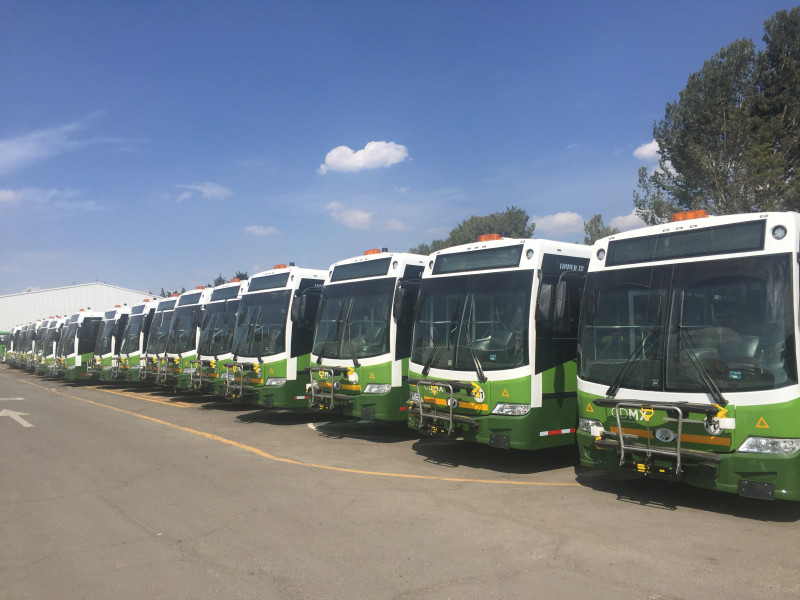