According to the sponsor, in 2005 Ascension generated an estimated 8.28 tons of solid waste a day (1.51 pounds of waste per-capita). The waste was disposed of in a  substandard open-air dump located southeast of the city’s downtown area. The dump, which covers approximately 2 hectares (4.9 acres), recently reached maximum capacity. Waste is now being disposed of in a small cell built near the open-air dump with approximately 9,000  cubic  meters (m³) of capacity and an estimated useful life of 18 months.

Achieve a proper regional waste management in the municipality of Ascencion, Chihuahua through construction of regional sanitary landfill and related improvements, contributing to the reduction of inadequate solid disposal, soil and groundwater contamination and the risk of vector- related disease and other harmful effects.

The project consisted of the construction of a landfill, the closure of two dumpsites, located in the same site, and the acquisition of two used solid waste collection  vehicles  for  the city of Ascension, Chihuahua. The total capacity of the landfill was expected to be about 234,000 m³, and it is expected to have a life span of 20 years. 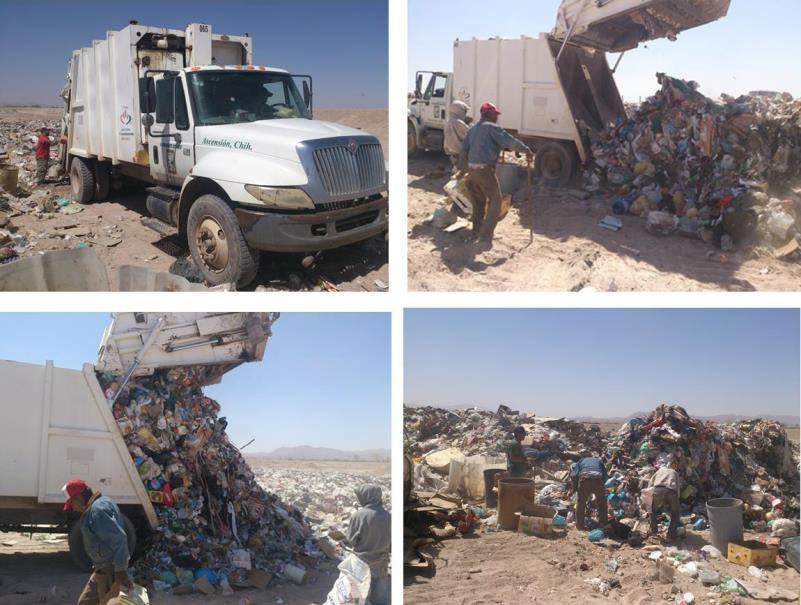